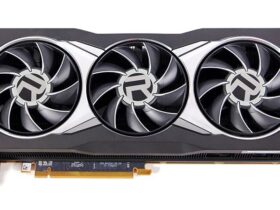 According to reports, it seems that Seasonic is preparing its 2 x 8-Pin PCIe to 12-Pin power connectors for the new NVIDIA GeForce RTX 3090 graphics card.

During the last month, a rumor stating that NVIDIA was going to use a new PCIe connector to power its new series of GeForce RTX 3000 cards, in which it replaced the usual PCIe power connectors with a new connector for 12 pins custom, was getting prepared. This rumor has become a reality after a Chinese media confirmed that Seasonic has started preparing an adapter for the said connector, which combines two 8-Pin PCIe power connectors into a single 12-Pin NVIDIA connector.

This connector would be able to deliver the combined power of both cables in a single option and even more, since some media indicates that the new cable supports 8.5 Amps compared to the usual 6 Amps, which in theory should increase the capacity compared to traditional cables and does not require double setups.

This connector is obviously aimed at those users who do not want to replace their power supply in case of acquiring one of the new NVIDIA graphics cards, although it seems that it is already confirmed that some PSU manufacturers will soon offer models of sources with this cable already included.

NVIDIA possibly wants with this change to eliminate the presence of several cables connected to its GPU to power them, since the only custom model that we have seen leaked already makes use of three 8-Pin connectors, something that in principle will be common in the new High-end models because the new RTX 3090 series will bet on more power and higher consumption than its predecessors, hence the reference triple slot heatsink.

In fact, if you look at the packaging of the new Seasonic adapter cable, the manufacturer recommends power supplies of at least 850W to use this cable, a new sample of the possible consumption of the new models of the highest range of NVIDIA, which they could easily exceed 300W and ascend to the new industry limits.