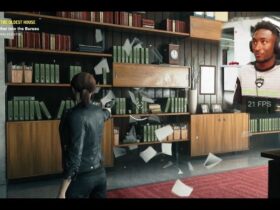 Sony has informed game developers that are working on new PlayStation 4 titles that any games that are submitted for certification from July 13th will also have to be compatible with PlayStation 5. This means that from now on, all PS4 games that Sony receives for testing will have to be compatible with the company’s next-gen console, and it’s up to developers to make sure that happens.

The information was released in a document aimed at developers and viewed by the Eurogamer website. According to the website, in the document, there are details saying that the developers need to check that their games have been tested for compatibility with the PS5 hardware, an option that was added in late April in a new version of the PS4 development kit.

In this case, a game will be considered compatible with PS5 by Sony only if it runs without any problem in the new console and has the same characteristics that it presents in PS4. Games that were sent to Sony before July 13th will not need their updates or remasters to be compatible with PS5, but Sony says it is “strongly recommended” that they are, for compatibility.

Now, if the game is sent to Sony after July 13th, everything released for it after that, including updates or remasters, will also need to be compatible with PS5.

It is important to note that this rule is for games sent to Sony after July 13 and not released on the market before that date. Ghost of Tsushima, for example, will be released on July 17th but its certification took place before July 13th, meaning it doesn’t need to be compatible with PS5, although it probably will be, as it is one of the last major releases of the PS4 by Sony.

For the launch of the PlayStation 5, Mark Cerny, chief architect of the console, said in March that almost all of the top 100 PS4 games, ranked according to game time will be playable at launch, suggesting that backward compatibility will not work with all games, only for those that will be adapted to work on PS5.