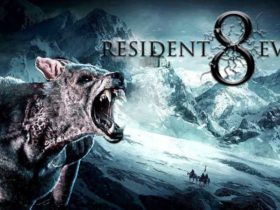 Resident Evil 8 Most Gruesome Title in The Series, More Than One Villain Confirmed – Insider

As you may recall, during the last months of 2019, there were some rumors that Bluepoint Games, the studio who made the remake of Shadow of the Colossus, was working on a Demon’s Souls Remake or a Remaster. Today, the famous journalist and insider Jason Schreier noted on Twitter that the title could be revealed at the upcoming PS5 event taking place on June 4.

During a discussion on Twitter about the official presentation of PS5 games, the well-known journalist Jason Schreier has made it known that at the PS5 event scheduled for June 4 we could see both exclusive games and titles made by third parties.

In response to the message, a user on Twitter asked if the line-up could also include the Demon’s Souls Remake. Schreier did not reply directly to the message, but simply liked the tweet of the same user.

In addition, the technical director of Bluepoint Games, Peter Dalton, also quoted the PS5 event message through his Twitter profile and stated the following: “I’m so excited for the future. It is time to push forward and leave our old gaming limitations behind us.” So, it seems that we would definitely see a new game reveal by Bluepoint Games, even it may or may not be Demon’s Souls Remake.

I’m so excited for the future. It is time to push forward and leave our old gaming limitations behind us. https://t.co/yZYlbf3myZ

As for a side note, a few days ago some news began to spread that Bluepoint is currently working on the remake of Jak and Daxter and Legacy of Kain: Soul Reaver. So, at the moment we do not know for sure which titles will be shown during the conference, and therefore, we would like to remind you to take this news with a pinch of salt, waiting for an official confirmation from the publishers.

Will you be interested to re-live the title of Demon’s Souls Remake? Tell us in the comments below.