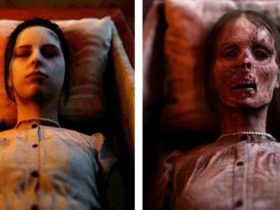 This summer is expected to be different because of the absence of E3; however, several attempts are underway to make fans have an unforgettable summer with plenty of game announcements. One of these events is the one starring Geoff Keighley, Summer Game Fest, and it has already been announced that today will be a great day too, as a game reveal is in the works. Little is known about this new project, but there are clues that it could be a PlayStation exclusive.

Unofficially and via the Internet, GameStop Italia anticipated that today, May 13, will be an important day for PlayStation fans, as the revelation of something PlayStation exclusive was hinted.

So far, it is unknown what relationship this may have with PlayStation, plus there is no official information from Sony about a new revelation. Nonetheless, fans are thinking that, in effect, it is the anticipation of an announcement of some exclusive title of the past PlayStation consoles that will be back in the form of remastered version or remake, such as the project of Bluepoint Games, while others believe that this is an old property that will be back for PlayStation 5, like the rumored return of Resistance.

This is believed to be so because the announcement hinting at GameStop Italy aligns with the reveal taking place tomorrow at Summer Game Fest, which Geoff Keighley has already talked about. In addition, the host mentioned that “Wednesday is one of the most important moments this summer,” and the revelation of a game or something exclusive to PlayStation fits this description.

Wednesday is one of the more important moments this summer.

The truth is that although the clues indicate that it could happen, it is difficult to think that a powerful exclusive to PlayStation 4 and even less to PlayStation 5 will be presented at the event, since in case of having an announcement of this caliber prepared, Sony would keep it for its presentation, which is expected to have a large number of announcements. However, there is a chance that a moderate-sized exclusive may be revealed today, perhaps for PlayStation 5, taking into account that PlayStation 4 is nearing the end of its life cycle.