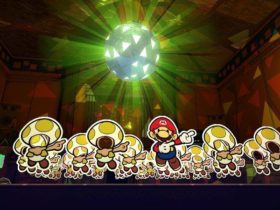 Paper Mario: The Origami King Is Coming To Nintendo Switch on July 17

Take-Two Interactive has re-registered the Judas trademark, an unknown project that could belong to one of their studios, including Rockstar – GTA, Red Dead Redemption, Bully – or 2K. Judas was originally registered in April 2016 and Take-Two requested extensions until November 2019. Judas has been registered again on May 11, and the description is for a game or entertainment service.

Until now, there are no games with that name announced, although there is a domain of www.judasthegame.com registered by MarkMonitor, who was also in charge of registering the Rockstar website. This does not mean that the project will become true or even that it is the definitive name; The cancellation of Agent is known, a Rockstar game about espionage in the Cold War announced for PS3 that after years without official information – albeit some leaks – was never finalized.

There are many websites like Gamespot who are speculating that the theme the game could speak about some kind of traitor, a reference to Judas Iscariot, one of Jesus’ apostles, but there really is no clue or link to other known Take-Two games.

In February, CEO Strauss Zelnick commented that Take-Two had the largest and most diverse range of games in its history, including sequels to its successes and new licenses, although President Karl Slatoff clarified that plans could change and not all games will be released. “Not everything in the pipeline will see the light of day, and there will be things that are not in the pipeline that will come out,” Zelnick said.

One of the most anticipated games in the industry right now is Grand Theft Auto VI, but according to the latest information, there are still years to launch the title. We remind you that you still have time to download GTA V for free via the Epic Games Store.