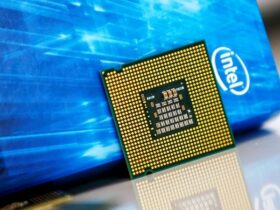 The new generation of consoles is approaching and one of the main concerns of the players is the file size of the games. Yesterday we were able to see some of the first games for Xbox Series X, which will run with improvements over their versions for Xbox One.

One of the points that most raises doubts is the storage capacity of the new consoles and the file size that their most outstanding games will have. Currently, there are already games that occupy more than 100 GB, which could become a constant in the new generation. Fortunately, for Microsoft, its studios and some partners are looking for ways to decrease the file sizes of games for Xbox Series X.

During an interview with Eurogamer, Jason Ronald, head of the development for Xbox Series X, spoke on the subject. The creative noted that Microsoft is constantly working to reduce the size of games and their updates.

Ronald said that while it is a concern they always have in mind, it is not that there is a method or a quick solution to the problem. Thus, reducing the size of the games is not an easy task, especially when talking about the new generation.

“There is no single silver bullet that just makes games inherently smaller,” said the creative. Despite this, Ronald mentioned that the compression technology they use is an advantage. In addition, Microsoft provides developers with many tools to find alternatives and decrease the size of their games. As an example, the possibility of installing only certain assets, audio files in certain languages, etc was named.

Likewise, Ronald mentioned Fast Start technology, which allows identifying the assets that are used and how often. The head of Xbox Series X development emphasized that reducing the size of games and updates is a priority for Microsoft and several of its partners.

“It’s definitely a challenge. It’s definitely something we work hard on. But there’s no easy button that just magically makes everything smaller. What we don’t want to do is limit these amazing worlds and universes the game developers create. We just need to give them the tools to be able to make the right trade offs,” the creative concluded.