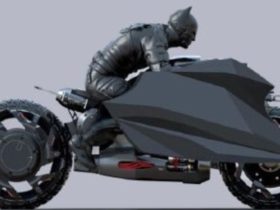 What happened is that, in its most recent financial report, Nintendo showed some of the releases it has planned for the current fiscal year, which ends on March 31, 2021. Among them are Xenoblade Chronicles Definitive Edition; Sekai no Asobo Taizen 51; Famicom Tantei Club, as well as post-launch content for Pokemon Sword & Shield; Animal Crossing: New Horizons and Super Smash Bros. Ultimate.

As you can see, nowhere does Nintendo refer to games like Bayonetta 3 or Metroid Prime 4, but that surprised few since the only thing we’ve seen from these projects is a logo. What was striking is that The Legend of Zelda: Breath of the Wild 2 did not appear in the list, a game that many expected to be one of the releases for Switch at the end of the year.

However, it should also be noted that the release date of the 3 titles mentioned appears as TBA or To Be Announced; that is, it will be announced later. So, while it seems that Nintendo’s plan is not to launch them this year, it is still possible that there might be some surprises.

It is also important to note that the world is going through a crisis due to the COVID-19 pandemic. This has severely affected the way in which various companies are working, especially in Japan. This is why Nintendo does not rule out that some of its future plans may have to change. This also means why the company is not agreeing to give release dates to the game that is still months away.

And you, when do you think we will see the sequel to The Legend of Zelda: Breath of the Wild? Tell us in the comments below.