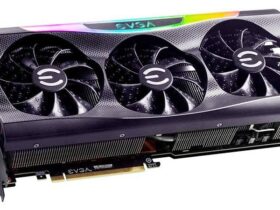 The first quarter of this year will be particularly interesting for the mobile sector. The presentation of Samsung Galaxy S20 is awaited on February 11 and today, a new indiscretion suggests that Xiaomi Mi 10 will be revealed on the same day.

This leak comes from the Gizchina website, which shared the rendering of the new top of the range model of Xiaomi. We do not know where GizChina discovered the screenshot (the portal mentions a Weibo social media page), however in the page linked there is no trace of the rendering in question. Having said that we cannot even rule out that it is a fake.

During the Samsung’s Unpacked event in San Francisco, the Galaxy Fold 2 and new wireless headphones should also be revealed. The date indicated by GizChina is intriguing; why Xiaomi should choose a similar date knowing that all media attention will be shifted to the Korean giant? Is the Chinese company launching the gauntlet to Samsung?

Both Xiaomi Mi 10 and Samsung Galaxy S20, should mount the Soc Snapdragon 865, and certainly, it will not be the only common point between the two top of the range devices. That said, all that remains is to find out which one will be revealed first.

The rendering in question also shows the design of the top of the range of Xiaomi, Mi 10 and Mi 10 Pro; both devices have a vertical rear block, somewhat different from that of Mi Note 10, but similar to that of the Mi Mix Alpha concept.

The compartment houses four cameras and probably has a lower thickness than that of the previous models of the house. To conclude, the display is not an infinity screen, so it has edges. We do not know if these renderings are reliable, but we don’t have to wait for more information to find out everything about it. Stay tuned for more news.

In recent news, it was rumored that Xiaomi could be also working on a folding smartphone reminiscent of the Motorola RAZR.