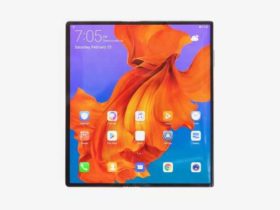 Although not definitively confirmed, GeForce RTX 3080 and GeForce RTX 3070 should represent the new NVIDIA high-end proposals for the consumer of the graphics card segment, the first based on the new 7nm Ampere architecture, apparently capable of offering a 50% performance increase compared to current solutions with GPU Turing.

NVIDIA has so far not been unbalanced in giving details on the next generation of Ampere GPUs, however, in the last few hours, there have been several rumors about what will be the technical specifications of these chips. The information, we underline still unofficial, comes from MyDrivers and coincides with that which appeared just a couple of days ago on the KittiCorgi Twitter Profile complete with a GPU block diagram.

According to what was reported, at the base of GeForce RTX 3080 and GeForce RTX 3070, there will be respectively the GPU Ampere GA103 and GA104: the first equipped with 60 SM (Streaming MultiProcessors) and 3840 Cuda Core, the second with 48 SM and 3072 Cuda Core. Analyzing the data well, it is a relationship similar to that existing between GeForce RTX 2080 and RTX 2070 (48 vs 36 SM) but with a clear (and obvious) increase in processing units.

As for memory, the GPU Ampere GA103 (i.e.GeForce RTX 3080) will support 10/20GB of GDDR6 memory on a 320-bit bus, the younger sister GA104 instead stops at 8/16GB GDDR6 on 256-bit bus. For the moment NVIDIA has not commented on the news, further details could emerge however at the GDC in March where we will also have the first technical details on the Intel Xe GPUs.