DOOM Eternal is fast approaching its release and it seems that the delay from November 2019 to this March has benefited the title a lot. These days, several international media have had the opportunity to get their hands on the first three hours of the game and the gameplay videos that they are now sharing with the public, which is truly fantastic.

Sequels taking advantage of the maximum of “more and better” are not uncommon. However, being twice as big as its predecessor is one thing, and being twice as big as the original game in virtually every facet is another. And, according to Id Software, Doom Eternal will take advantage of the second option. And it will represent it on screen with more enemies, weapons, larger maps and a long etcetera.

The case is that, according to the director of Doom Eternal, Marty Stratton, the differences will be multiple. This is what he said in statements for VGC: “It’s about double the size of Doom 2016. Our levels are bigger than they’ve ever been, we have double the amount of demons and from beginning to end you’re going to experience things that are always new.”

Anyway, the most interesting of all Stratton has commented, is how these new elements will be applied while we play. And his comparison with the novels explains it more than well: “I refer to this as sort of the game version of a “page-turner”… even down to the last boss fight, you’re going to see things that you hadn’t up to that point.”

DOOM Eternal will release on PS4, Xbox One and PC on March 20. Find the gameplay video in question at the bottom of the page. 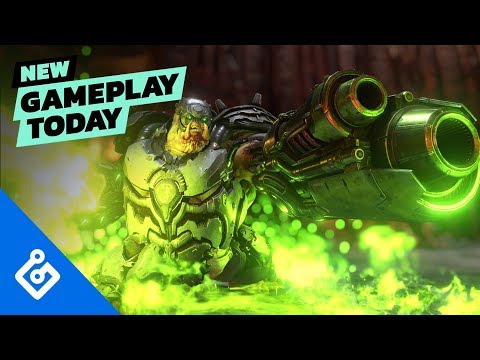