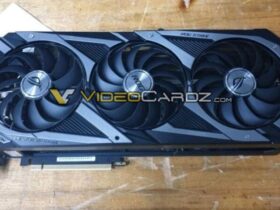 The publication of a store ignited the hype for the possible launch of Street Fighter V: Champion Edition on Nintendo Switch.

The success of Nintendo Switch and the fact that more and more companies are deciding to support the console by carrying their titles have generated great expectations about the upcoming releases. However, so far Nintendo has not disclosed information about new games, in addition to those already known, which will debut this year so everything moves in the field of rumors and even leaks that, unfortunately, were not wise this time.

In recent years, beyond what happens in forums or with insiders of the industry, some revelations have been released ahead of time through the databases of some online stores such as the scheduled launch, distribution, and pre-orders of the games. That said, the video game store, EB Games Canada, turned on the hype by sharing a post in which it assured that Street Fighter V: Champion Edition would arrive on Switch on February 14, when its debut will take place on PS4 and PC.

However, just when the community was preparing to give its opinion, Yoshinori Ono, producer of Street Fighter V denied this publication and assured that such an edition does not exist. Subsequently, the publication of EB Games Canada was removed from the web making it official that, at least for the moment, Street Fighter V: Champion Edition will not launch on Nintendo Switch.

Whaat!?
No way, where can I get this product?
… Could it be that we didn’t realize that someone are making it?
;D

Such item does not exist right now.
Thanks! https://t.co/0hYBet71aR

Street Fighter V: Champion Edition will release on February 14 on PS4 and PC.

One of the most interesting news of this new edition of Street Fighter is that it will include a new selectable character. On the other hand, the powerful Seth will arrive with a renewed appearance. If you are searching to know about a new game of the franchise, then you will have to wait a little longer, as some rumors suggest that the next iteration will arrive in 2021.