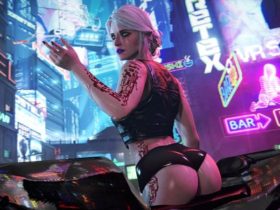 Activision is one of the companies that have a lot of intellectual property. Without a doubt, the most popular series in the franchise in recent years have been Call of Duty and Crash Bandicoot, so it’s not a surprise knowing that the company has big plans for these intellectual properties. So far, no projects related to these series are officially known, but a source indicates that several games are on the way.

According to popular YouTube user TheGamingRevolution, there are a total of 6 games the company has in development, and the most interesting thing is that practically all of them are focused on Call of Duty and Crash Bandicoot. The renowned user mentioned that 3 of the 6 games will be Call of Duty, one will be the one for 2020, another will be the remastered version of Modern Warfare 2 and the last one will be one with free-to-play mechanics, which is developed by SHGames and which is expected to launch in 2021.

Long-time fans of Crash Bandicoot should also get excited about these projects since it means that Crash Bandicoot: The Wrath of Cortex will be remastered and another game from the marsupial would be on the way and it would be multiplayer.

In addition to all this, the rumor confirms that Activision would bring back Tony Hawk Proskater thanks to a remastering.

SHOULD YOU BELIEVE THIS INFORMATION?

Activision has not said anything about it, so it is advisable, as always in these situations, to take the information with due caution. However, you should know that TheGamingRevolution is a user who already has experience revealing unofficial information, but which is later confirmed. So this could become a reality.

What do you think of the information? Do you think these games will debut sometime?