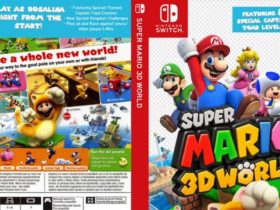 Although abstract designs and fantasy worlds continue to dominate in video games, since technological possibilities allowed it, some have opted for a realistic style that reflects, as far as possible, a visual experience that is very close to reality. The debut of the new consoles is no stranger to this trend and an indie studio is very excited about what it can do with PlayStation 5 for its horror game.

The Italian studio LKA, responsible for the upcoming horror game Martha is Dead, is one of the most excited by the possibilities that PlayStation 5 offers in terms of development and specifically to create photorealistic proposals, this according to Luca Dalco. According to the head of the indie studio, the work they have done with the PlayStation 5 development kit has motivated them to target photorealistic graphics, which has been possible thanks to the increased power of the hardware and its capabilities in terms of using ray tracing.

Likewise, Dalco pointed out that the development possibilities opened by the new hardware will allow the team to realize the plans they have for Martha is Dead in terms of visuals: “PS5’s specifications are incredibly exciting – particularly for us is the additional graphical power and inclusion of ray-tracing architecture. Our studio has come a long way over four years and Martha Is Dead will strive for photorealism. We’re excited to see next-generation hardware incoming to support us bringing our vision to players.”

“We worked a lot in order to use the highest-resolution textures as possible also on PS4; nonetheless, PS5 will allow us to use an incredible Texel density, up to 4096px/m – that means the visuals will be fully detailed also in higher resolutions. It’s one of the most important advances in visual capability that we were waiting for,” Dalco further stated.

In case you don’t know, the game Martha is Dead is a first-person psychological thriller title. The release date of this game is tipped for a 2020 launch.