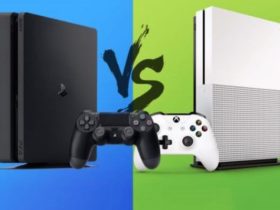 After finally revealing the Ryzen 5000 Series Zen 3 processor, there are many fans who are looking forward to the grand debut of the RDNA2 architecture RX 6000 series graphics card, which is on October 28th. Today, some sources revealed that the RX 6900 XT based on the AMD Navi 21 XT core has a boost frequency of up to 2.4GHz in the game, matching 16GB GDDR6 video memory, and full graphics system power consumption (TGP, including GPU, video memory, fan, etc.) of 255 watts.

According to reports, the specifications of the AMD Navi 21 XT Big Navi GPU for the Radeon RX 6900 XT video cards have been leaked by Patrick Schur, who has been very credible regarding his information.

Based on the reported specs, the AMD Radeon RX 6900 XT appears to be a graphics card with GPU clocks that are incredible. Generally speaking, the TDP (Thermal Design Power) is smaller than TGP, so don’t worry about it. Besides, the TDP of RTX 3080 and 3090 can both exceed 300 watts.

Although the GDDR6 memory is a bit regrettable, the 2.4GHz boost frequency is simply vicious, and it can almost be said to be the strongest existence in the silent frequency of consumer desktop graphics cards.

In contrast, the official boost of the currently released three RTX 30 Series graphics cards only stays at 1.7GHz. The game frequency value is usually smaller than the boost frequency, because the former is the average value, and the rear is the theoretical peak value.

Previously, data released by AMD showed that the RX 6900 XT runs Borderlands 3, Call of Duty: Modern Warfare and Gears of War 5 in 4K, with a frame rate exceeding 60FPS, and its performance quite similar to RTX 3080.

In addition, it was also revealed that AMD has also planned the Navi 21 XTX core, which is said to be exclusive to the public version, and the video memory is determined to be 16GB GDDR6 (256bit).

Let's have some fun 😁

How many CUs do you think each variant will have?

I think XE will be cut down memory bus 320bit