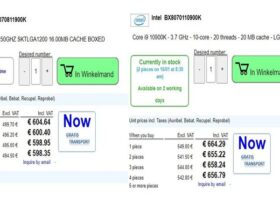 There are many fans hoping that a recent social media post by actor Derek Phillips of The Last of Us 2 points to a possible Abby DLC for the game.

For some time, fans of The Last of Us 2 – the Naughty Dog masterpiece available exclusively on PS4 consoles – have been hoping for good news about the possible arrival of new content for the game. Now, a recent social media post by actor Derek Phillips may have rekindled hopes for an alleged DLC in the pipeline.

Phillips, who played Abby’s father and surgeon in the Naughty Dog title, shared a snapshot of himself on Twitter on his way back to work. Wearing his motion-capture gear, the actor simply stated: “Back to work!!!”

Naughty Dog has already stated that no DLC is planned for the sequel, although we know that a standalone multiplayer game will arrive in the future. However, that hasn’t stopped fans from speculating, and many people assume that the tweet refers to some unannounced Abby DLC coming to The Last of Us 2.

Abby isn’t exactly the most beloved character from the latest game of Naughty Dog, and players have flocked to the tweet in hopes that a DLC for the character will never arrive.

Further fuel on the fire for the potential Abby DLC was thrown directly by Neil Druckmann, creative director of The Last of Us 2 and vice president of Naughty Dog, liking Phillips’ tweet.

Recall that The Last of Us 2 is now available on PS4, and it also became one of the best-selling titles on Amazon despite leaks.