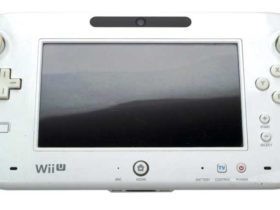 After finding out the last details on the possible clock frequencies of the AMD Navi 21 XT GPU, interesting indications on the TGP (Total Graphic Power) and TBP (Total Board Power) parameters of the AMD RX 6000 arrive today from the network. Data that denies, at least in part, what has been speculated so far by many on the upcoming graphics cards of the Sunnyvale company.

The new rumors come from the now well-known Igor’s Lab which publishes detailed information on the TBP of the flagship AMD RX 6000 model based on the powerful Big Navi 21 XT GPU. According to reports, this value will be 320W and not 255W as previously assumed.

According to what Igor’s Lab argues, the misunderstanding would have arisen from the different meaning that NVIDIA and AMD give to the TGP parameter: in the case of NVIDIA, it indicates the consumption of the entire card, for AMD instead only that of the GPU socket, i.e. GFX, SOC, and VDDCI.

The value of 255W that was circulating until now, therefore, only represents the data relating to the GPU socket and in particular that of the variants of the AMD partners. The reference version of AMD would have a 235W Socket Power GPU (or TGP for AMD) with a TBP (Total Board Power) that reaches 320W; for the custom models, the latter would instead be pushed up to 355W.

The report confirms a memory department with 16 Gbps GDDR6 VRAM, while there is no lack of further information on Navi 21 XL, the lower-end variant that has 290W TBP.

Recall that AMD will present the new Radeon RX 6000 Series on October 28, the first graphics cards to use the RDNA2 architecture on a 7nm production node.