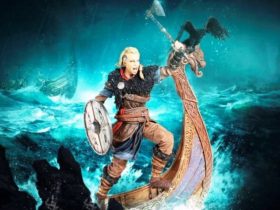 The launch of the new AMD processors is getting closer and closer. This time, the manufacturer may surprise us and introduce the new CPUs under the new Ryzen 5000 series, namely Ryzen 9 5900X with 12 Core and Ryzen 7 5800X with 8 Core.

It’s been a long time since the premiere of the Ryzen 3000 (Zen 2) processors, so it’s high time to introduce the next generation of chips. However, it seems that these will not be the Ryzen 4000 models, but the Ryzen 5000 right away.

We know that the next generation of processors will be based on Zen 3 cores – the new micro-architecture should translate into improved performance and energy efficiency (production of the chips will still take place in TSMC’s 7-nanometer lithography).

It is worth adding that the new processors will be compatible with the current motherboards for the AM4 400 and 500 series (people planning to upgrade the equipment will be able to save some cash).

This would coincide with earlier rumors that AMD will skip the Ryzen 4000 series in desktops (Ryzen 4000G models would be OEM-only) and go straight to the Ryzen 5000 series.

Will the rumors prove to be true? We cannot confirm this yet, so we have to wait for the official presentation – everything should be clear on October 8 during the AMD conference on Zen 3 processors (we will probably wait a little longer for the availability of processors).