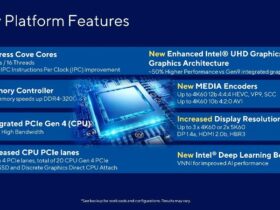 The institution Taiwan Digital Game Rating Committee has rated in its database Chaos Code: New Sign of Catastrophe for Nintendo Switch, published by the Asian division of Arc System Works.

Although we do not know if it is a mistake or not, it is interesting to know that the popular Chaos Code: New Sign of Catastrophe combat title developed by FK Digital and published by Arc System Works that has been listed for Nintendo Switch by the digital games classification committee from Taiwan, opening the door to a possible launch on the hybrid console.

FK Digital recently announced that it will stop developing any new titles after March 31st. However, existing titles will not be included in this decision and the Switch version of the title may be one of these exceptions.

If you want to know more about the game, we leave you with the description of the game from Steam below:

CHAOS CODE -NEW SIGN OF CATASTROPHE- is a simple yet highly flexible hi-speed 2D Fighting game, where players can enjoy the thrill of fighting with all the flashy moves!
There are 7 game modes in the game. Online play is also available for players connected to the internet.
Choose from 16 unique characters, and fight in the Rank Matches to claim the top!