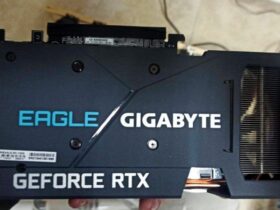 The recent outbreak of the coronavirus in various parts of the world has generated a great threat that has had an impact on the video game industry. This is because China, the most affected place in the world, is a fundamental part of the manufacturing stores of consoles and hardware in general. We are on the eve of the arrival of the new consoles of PS5 and Xbox Series X, but before the outbreaks of the coronavirus, the wait to enjoy them could be longer.

Many technology companies have manufacturing processes located in China. One of the stores that provide labor power to manufacture consoles is Foxconn and recent reports indicate that several workers are being sent to quarantine. “The [coronavirus] situation in China could affect the planned production schedule,” a supply store executive told Nikkei Asian Review.

This would not only affect the production of the new iPhone, but also the PS5 and Xbox Series X consoles, taking into account that it is in that country where these systems or their components are manufactured. As a result, Microsoft and Sony would have no alternative but to delay the launch of their new platforms or even distribute a smaller number of units. Apart from affecting the consoles, the games that would debut with them could be also delayed.

“The video game sector is currently manufacturing, or beginning to, a once-in-several-years’ product generation change for the 2020 holiday season,” said Jefferies Group, which warned that if the stoppages exceed about 1 month, the calendars of game launches would be delayed, while new consoles would be susceptible to component supply problems.

Recent figures on the outbreaks of the coronavirus indicate that until midnight on February 5, 28018 confirmed cases of the coronavirus are known in China, while there are another 24,702 as suspects, and the death toll has already risen to 563 people, according to Video Games Chronicle.

All this threat to global health has also had a negative impact on video game events and even Nintendo already apologized for supply problems for Nintendo Switch in Eastern countries and recently it was confirmed that The Outer Worlds for this console will arrive even later than planned.

We will keep you informed on this subject. What do you think of all this situation of global interest? How do you think the situation develops in the following months? Do you think the launch of the new consoles will be delayed? Tell us in the comments below.