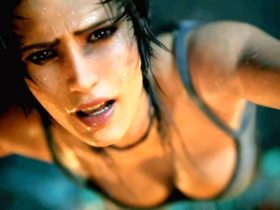 Square Enix today released an interview with Yoshinori Kitase and Naoki Hamaguchi, producer and co-director of Final Fantasy VII Remake respectively, detailing some of the aspects of the game that fans of the 1997 JRPG were most interested in. They’ve talked about the design of the city of Midgar, about the decision not to make Red XIII a playable character and about the endgame of this first chapter of the remake.

Regarding Midgar, both creators have explained that one of the main objectives of this remake was “to make the project with the highest possible level of graphics, visual quality and detail, and not remove anything that fans wanted to see,” rather “it would expand upon the original game, to make it something even more immersive.”

That’s why, Kitase explains, with the Midgar  thin the game they wanted to “fill in all those gaps” in the city that were implicit in the original game, when “the screen went black, and then the game continues in a different location.” This remake will “show how the different parts of the city are connected, and make it a continuous experience.” Hamaguchi has completed the producer’s statements explaining that they have tried to give each section of Midgar its own personality with “its own culture and community,” making it alive, where it is credible that people can live.

There will be secrets, hidden bosses and endgame

Taking advantage of the open conception of the city, the creators of Final Fantasy VII Remake have confirmed that there will be secrets hidden in it, although they did not want to give exactly more details because “want to keep some surprises for players.” Of course, they wanted to make it clear that they designed this remake as a standalone game as if it were just another game in the franchise.

The co-director has also answered in this interview another of the big questions asked by fans of Final Fantasy VII Remake: why is Red XIII not a playable character in this first episode of the remake? Hamaguchi’s response has been clear and concise: Red XIII will not be playable because the character joins the group at a later point in the story, so controlling him here “would not be a satisfying experience for the player.” That is why they have decided to present him as a guest character now, but always with the intention of making him playable in the next installments of this episodic remake.

In addition, Hamaguchi has given clues about a momentous action that Red XIII held at the gameplay of Final Fantasy VII Remake even without being a playable character by the player: “I won’t reveal exactly what that entails, because I want people to enjoy it when they actually play the game, but I will say that FINAL FANTASY VII REMAKE has added a new upper floor to the Shinra Building to present a climax that was not in the original,” and apparently, to navigate this new floor we will need to take advantage of Red XIII’s physical abilities, which will help us overcome obstacles on the ground.

Final Fantasy VII Remake will release on April 10, 2020 for PS4. Click on this link to find out how to get 3 free Dynamic Theme of the game for your PS4.