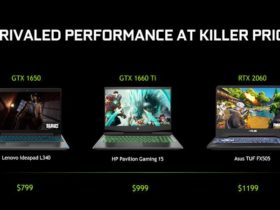 Square Enix will provide treats for fans of Final Fantasy VII Remake. Through Twitter, the company announced the launch of three exclusive dynamic themes for players.

While we can take advantage of the demo of Final Fantasy VII Remake while waiting for its release next month, Square Enix multiplies the “offers” to excite the players by encouraging them to pre-order the game’s copy. Thus, a collaborative theme with FFXIV was already unveiled last week, but it will not be the only one to brighten up the menu of your PS4.

The first one shows the Cloud party composed of Tifa, Aerith, Barret and RED XIII. The theme can be redeemed from April 10, but it is only for those who have downloaded the game demo before May 11.

These aren't the only themes available, and we'll be posting more over the coming weeks.

First is a free theme available from April 10th if you download the #FF7R demo before May 11th! pic.twitter.com/0LC89hwNRW

The second content is focused on the city of Midgar and also on the protagonist, and will be available soon to all PS Plus subscribers.

The second of three dynamic #PS4 theme we'd like to show you today focuses on the city of Midgar in #FinalFantasy VII Remake and also features our main protagonist Cloud Strife!

This will be available for free to all PS+ users soon! #FF7R pic.twitter.com/qmCbpTDnEW

The last theme is entirely dedicated to the villain Sephiroth. The content will be exclusive to everyone who pre-orders on Amazon.

We've shown off two dynamic #PS4 themes today and here's a third. This Sephiroth theme is available as a pre-order bonus with https://t.co/ThA10iWA8z in the US, and at various retailers throughout Europe.

Stay tuned for a closer look at some other #FF7R themes in the future. pic.twitter.com/mp48OvNC2c

Square Enix has promised to release more themes in the future, but has not said whether they will be free or not.

The development of the first part of the FFVII Remake has been completed. According to the game’s director, Tetsuya Nomura, the game is already gone gold and, with that, there will be no further delay in its release date. Now, the only remaining process is to make copies of the game.

In addition, if you do not know, there is also an FFVII Remake and FFXIV free dynamic PS4 theme is available for download. Go to this link to find out more details on how to get it.