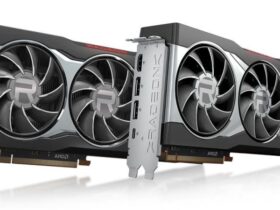 Lovers of Final Fantasy VII Remake and FFXIV will be able to dress their PS4 with a new theme, reserved for part of the community.

It is possible to unlock a dynamic theme in the colors of Tifa Lockhart by eating chocolate bars in Japan. We don’t know yet if it will ever be available in the West in any way, but Square Enix has, in the meantime, another item of its kind to offer to its community, worldwide this time.

The publisher launched today the dynamic theme Prelude on the PlayStation Store, born from a collaboration between Final Fantasy VII Remake and Final Fantasy XIV. To obtain it, however, you must meet two conditions: pre-order FFVII Remake before its launch, and have one of the digital editions of Final Fantasy XIV, the free trial included. If you meet these conditions, you will be offered this nice PS4 theme with visuals of both titles.

In recent news, it was confirmed that the file size of the total game will be 100GB on PS4. On the other hand, you can also download the demo of FFVII Remake, go to this link for more information on how to download the demo.

Fans have been waiting for the new edition of Final Fantasy 7 for around five years now. Final Fantasy VII Remake was announced in 2015 and has been delayed several times since then. However, the wait will soon come to an end.

The development of the game is finished. It has officially achieved gold status. The director Tetsuya Nomura has reported this officially. This means there will be no further delays. The game will release on April 10 for PlayStation 4 as scheduled.

Will you get this theme for your PlayStation 4 console? What do you think about it? Let us know about your opinions in the comment section below.