The launch of Game of Thrones: Beyond the Wall will take place on March 26, a new turn-based strategy game inspired by the popular fantasy series of Game of Thrones. This new action RPG game developed by Behavior Interactive and GAEA in collaboration with HBO will be published exclusively on iOS devices, that is, it will only be available for the moment on iPad and iPhone.

As its name suggests, Game of Thrones: Beyond the Wall will lead us to the other side of the famous ice wall of Game of Thrones. In this strategy game, we will take control of the Night’s Watch, the group of militiamen charged with protecting the Wall from attack by savages and other supernatural dangers.

The idea of ​​this title for mobile devices is to give players the role of Lord Commander, leader of the Night’s Watch so that they can arrange the different warrior troops at their whim and mark their strategic action with the aim of defending Westeros from the dangers beyond the Wall. During this mission, players will meet special characters, those most recognizable in the Game of Thrones series, to serve as support in combat.

Game of Thrones: Beyond the Wall will feature characters like Jon Snow, Daenerys Targaryen, Jaime Lannister, Melisandre or Tormund. In addition, we can also recruit soldiers from recognized enclaves of the saga such as Dorne, King’s Landing or the Free Cities. Each character, whether special or not, will bring different skills to the team; It will be the task of each player to choose what type of strategy he wants to perform in each combat and modify the group accordingly.

Game of Thrones: Beyond the Wall seems to be a success even before it has come out, since, according to its creators, more than a million people have signed up for the reservation of this game, eager to try a new interactive installment within the great franchise that Game of Thrones is. All of these people who have previously registered to try the game will receive a reward within it as a token of appreciation. 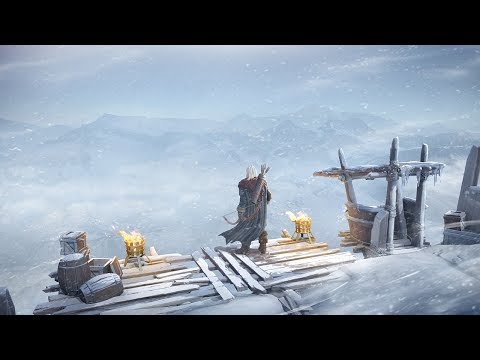