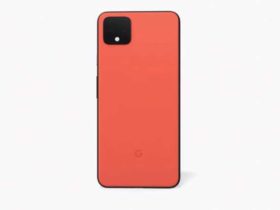 Google Pixel 4a Could Come Out In 3 New Models, Atleast One With 5G Connectivity

Recently, the ESA (Entertainment Software Association) has announced the rumored cancellation of E3 2020 due to the – already recognized – coronavirus pandemic. Along with this surprising news, other information from companies affected by this decision has come to light: Microsoft has already announced that it will replace its traditional presentations with online events, for example, while Warner Bros. Games remains – for the moment – without its first own conference in which it was going to announce new games.

As well-known and accurate journalist Jason Schreier has leaked, Warner Bros. Games was planning to hold a conference at E3 2020 for the first time in its history. In it, the development company was going to announce some of the video games it was working on, but the cancellation of the Los Angeles event has truncated these intentions.

More news from me: Warner Bros. Games was planning to do an E3 press conference this year for the first time, to talk about Batman, Harry Potter, and Rocksteady's game among others. Remains to be seen what they'll do now https://t.co/OIry5zgB6p

At the moment, it is unknown whether Warner Bros. Games will follow in the footsteps of Microsoft and will hold its own online event to fill the lack of a physical event. As it is the first time for Warner Bros. Games this option seems a little less logical than in the case of veterans like Microsoft and Ubisoft, but we will have to keep an eye on the company’s social networks in case there is an announcement in the coming days.

Warner Bros. Games was to debut at E3 2020 with a conference of its own, indicating that they have enough important news to reserve a space and attract the attention of the press, fans and the general public. What games were going to be announced at that conference? According to Jason Schreier, Warner Bros. Games was planning to announce new Batman, Harry Potter, and the new game for Rocksteady Games.

For Batman, we know from several rumors that it could be a kind of reboot of the story of the superhero starring Damian, the son of Bruce Wayne, and that presumably his story will be related to the arc of The Court of Owls, one of the series of the most acclaimed comics within the multiple stories starring Batman.

On the other hand, the journalist also mentions the announcement of a Harry Potter video game: it clearly refers to Harry Potter Magic Awakened, a title that leaked a couple of years ago and that was supposedly being developed by Avalanche Software.