This model uses a proprietary MAX-Covered cooling and has a customizable Edge View LCD screen to add images, texts or whatever, while it can show us details about temperatures and more. The LCD is embedded in the side of the graphics card.

For the cooling, it has three fans with ‘claw’ blades. GIGABYTE relies on these fans to provide increased airflow. The heatsink has 7 copper tubes that spread the heat over the entire aluminum surface. 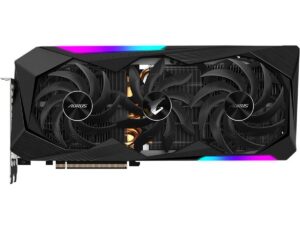 The GAMING OC has the WINDFORCE 3X cooling system that also uses three fans, although in a variant with different blades. 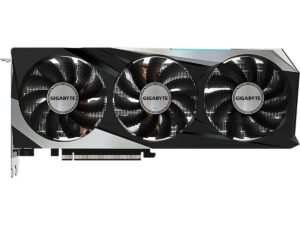 The Gigabyte Radeon RX 6900 XT GAMING OC fan configuration consists of a central fan that rotates in reverse to the remaining two, WINDFORCE fans use a graphene nano lubricant, which can extend fan life by 2.1 times. Of course, there is support for RGB Fusion 2.0 to customize color settings and various lighting effects.

The RX 6900 XT GPU is a top-of-the-line graphics card of AMD based on the RDNA 2 architecture with 80 Compute Units and Ray Tracing capabilities. You can see more information about the GAMING OC on the official website of the manufacturer.