AMD is allegedly working with the next generation GPU of RDNA 3 generation, which will be used in RX 7000 graphics cards. In this way, we can count on the most powerful chip that will be based on the AMD Navi 31.

RDNA 3’s top-of-the-line chip would be Navi 31, which is similar to the Navi 21 from the RDNA 2 series. The RDNA 3 generation of GPUs is going to represent a big change at an architectural level, since AMD would use an MCM (multichip module) design. With this design, AMD can add two dies of 80 calculation units (CU) each. This is 160 CU and 10,240 cores, twice as many units as in Navi 21.

AMD has set out for RDNA 3 to deliver a huge leap in computing performance and better performance per watt than previous generations. This would be made possible by the MCM design, which AMD has already patented in the past and which could be the first to implement it.

Not only will major architectural changes come, but the jump to a new process node is also planned that has not been revealed, but which we imagine is that it will be 7nm (+) improved. In addition, the use of Infinity Cache more proficiently is expected.

With RDNA 2, AMD was able to achieve a 50% improvement in performance per watt over RDNA 1.

According to other information from the Twitter user @Underfox3, AMD is also preparing to patent a new technology that is responsible for efficiently synchronizing the workload between the two dies within its MCM design. One of those patents is called “Synchronization mechanism for workgroups.”

The next RX 7000 (RDNA 3) graphics card series will be released later this year or early 2022. We will keep you posted. 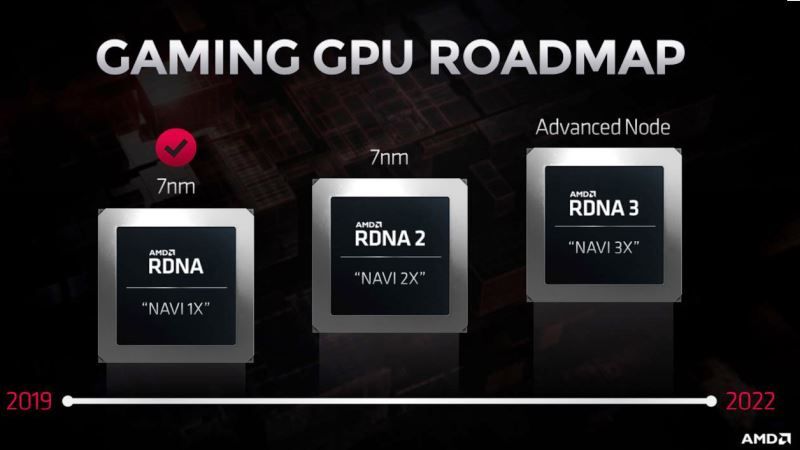