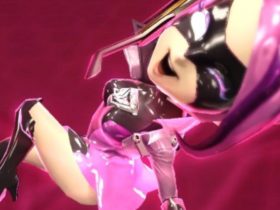 Marvel’s Guardians of the Galaxy: The Telltale Series, one of the episodic games of Telltale before the company’s bankruptcy, could end up coming onto Nintendo Switch. The title was published in five chapters throughout 2017, and they came to PC, Xbox One, PlayStation 4 and mobile devices.

The company has, in fact, planned to publish the game on Nintendo Switch before the bankruptcy of the company was announced, which left all future plans on the air. Now that the company has been resurrected with a new address, it seems that this could be one of the proposals to maintain the company’s horizon.

The game has now appeared in the database of Base.com, which has fueled speculation about the return of the plans. The release date that appears on the game card is a generic date, as it is December 31, 2020, but the inclusion of the title in the database suggests that it would have appeared internally.

The appearance of games in similar catalogs and stores is not something that has complete reliability, but in many cases, it does give us a good track on many occasions throughout the year.

We will keep you informed about everything related to Guardians of the Galaxy: The Telltale Series for Nintendo Switch.