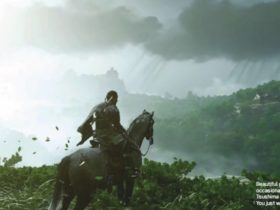 In a recent interview with IGN, the director of the game, Hideki Kamiya, talked about this new installment, stating that it will be more than the typical action game. These were his words about it:

“We have labelled it as being part of the Hideki Kamiya hero trilogy. The first two titles being Viewtiful Joe, which is a solo hero story, and The Wonderful 101, which is a story of a group of heroes. In Japan, the next type of hero would be the giant hero, and I’ve always wanted to make a game based on that idea.”

“But while Viewtiful Joe and The Wonderful 101 were pure action games, this will not be like that. Any game I make will of course include carefully crafted action elements, but this won’t be simply an action game. There will be much more to it than that.”

“[I]t won’t be a very niche kind of game; giant hero stories are popular in Japan, with things like Ultraman, and the game will have that kind of flavor to it, but I don’t want to restrict myself to the Japanese hero genre,” Kamiya says. “So the setting will probably not be Japan, as that might be restrictive. But I haven’t decided yet.”

About the platforms that are aimed at, Kamiya said the following:

“Basically we’d like to hit PS4, Xbox One, Switch and Steam, and then of course PS5 and Series X are coming soon. We don’t know exactly when this will come out, but we’d like to release it on whatever are the main platforms at that time.”

Finally, these were his words about a possible release date of the game:

“Put it this way, we’re not looking at something as long as three years. Nor will it be as soon as half a year or a year. But as our first self-owned and self-published game, we want to deliver it as soon as we can.”

So, it seems that Project GG will still take time to release, but we definitely would like to know more about the game of PlatinumGames. Check out the teaser trailer of the game below.