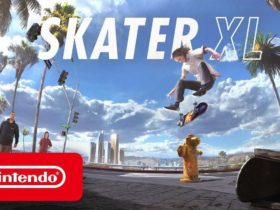 Last March, we got confirmation that Horizon Zero Dawn, a PlayStation 4 exclusive, will release on PC via Steam for the summer period. Today, a promotional give away signed by AMD tells us that the game from Guerrilla Games will be offered for any purchase of a Ryzen 5 3600 processor or higher.

Leaks are multiplying on the eve of the highly anticipated conference of PlayStation 5. An event in which it is rumored that the Japanese giant could formalize the release date of Horizon Zero Dawn: Complete Edition on PC. But some media have already taken the lead and it is now confirmed that AMD will give away free copies of Horizon Zero Dawn Complete Edition with select AMD Ryzen 3000 CPUs.

The page relating to the offer proposed by Overclockers.uk clearly mentions a validity extending from June 10 to 30, 2020. Also, between the PlayStation event scheduled for tomorrow and the PC Gaming Show scheduled for this Saturday, it is almost certain that there is no doubt that Horizon Zero Dawn will indeed arrive on Steam in the coming weeks at the latest.

The hit title of Guerrilla Games would finally release on PC a month before Death Stranding, the other big PS4 exclusive title whose PC release has been delayed from June 2 to July 14.

In recent days, there has also been a talk of a PC port of Bloodborne, which would also be entitled to a remastered version on PS5. In short, the concept of exclusivity is finally starting to move, and that’s for the best.

The most important thing is to be able to enjoy your games as you wish, without having to pledge allegiance to a particular manufacturer.