The new HTC Vive Focus 3 is an all-in-one VR headset that delivers an immersive visual experience. It’s packed with features, including an ultra-wide 120-degree field of view and new magnetic front and rear face gaskets. Plus, it’s powered by the Qualcomm Snapdragon XR2 platform. That means you won’t have to worry about tracking issues with the controllers. You’ll also enjoy a more comfortable, balanced, and lightweight design.

Focus 3 is designed for extended virtual reality sessions. It includes an active cooling system, which pulls air through the headset to ensure an incredibly quiet and cool experience. When the VR headset is in use, the ventilation system sounds like a gentle hum.

The Focus 3’s built-in battery allows for up to 12 to 15 hours of continuous use. This makes it a great choice for those who have to work with VR at the office. Unlike many VR headsets, the Focus 3 has a quick-release button that lets you change the battery in a matter of seconds.

The HTC Vive Focus 3 headset features a magnesium alloy chassis, which is about 20% lighter than the previous Focus headset. In addition, the magnesium alloy used in the frame is 500% stronger than traditional plastics. There are also removable back padding and a magnetic front gasket.

If you aren’t a fan of the VIVE Focus 3’s built-in software library, you can run your own apps. It includes a Micro SD card slot, which you can use to add storage.

HTC’s Focus 3 controllers are a major upgrade from their predecessors. They’re ergonomically contoured to fit your hands, and have two triggers and an Oculus Touch interface. These controllers also use built-in rechargeable batteries. A full charge takes just an hour.

While HTC’s cameras aren’t quite as accurate as the Oculus Quest 2’s, they still provide plenty of tracking range. And they’re able to handle all tracking data in an encrypted format.

Even with the Focus 3’s larger, more powerful battery, it still has a low-power consumption. With a single 30-minute charge, the headset is capable of providing 50% of its power, which is good for about ten hours of use. 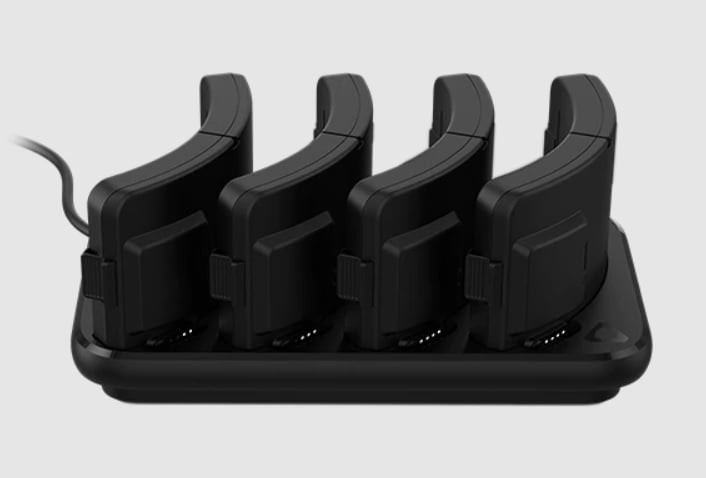 Overall, the Vive Focus 3 is a great choice for VR fans, especially for businesses. Not only does it offer a polished and powerful visual experience, it has a number of useful features that will appeal to workers. The company has also made the most of its own technology to create a headset that’s fast, well-built, and comfortable.