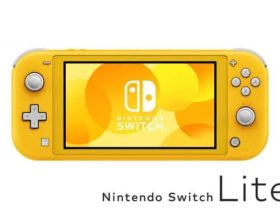 30% of Switch Lite Owners Already Have A Nintendo Switch

The Intel Core i9-10850K has until now been considered exclusive to OEMs. Its arrival in stores proves the opposite. This CPU will be available from tomorrow onwards.

As we can see in the Korean outlet Quasar Zone, it seems that the Core i9-10850K will be available from tomorrow onwards on 27 July at 23:50 AM Korean Standard Time. So the embargo will be lifted worldwide at 7:50 AM PT.

This Core i9-10850K is part of the latest generation of processor, Comet Lake-S. In LGA 1200 format, it is now listed on two online stores priced at €472 and £459. Therefore, this tax-included positioning confirms the rumor announcing for its part the $450 USD in the United States.

This reference is positioned on the high-end CPUs with 10 physical cores and 20 logic cores. The set comes with 20MB of L3 cache. On the frequency side, we have 5.2 GHz. Faced with the current hardware specs of the Core i9-10900K, the difference is in the frequency with 100 MHz less and the absence of Thermal Velocity Boost technology. For the rest, we have an unlocked multiplier officiant.

After all, everything points to the i9-10850K being a ‘little capped’ version of the more expensive i9-10900K, with the same 10 cores, 20 threads, the same cache memory, but slightly lower frequencies, which of course translates into a lower price too.

The Intel Core i9-10850K will still have to compete with the AMD Ryzen 3900X processor.