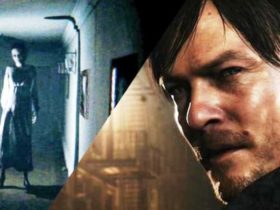 Sony Might be Disappointed By Death Stranding Poor Sales, Could a New Silent Hill Recover Its Investment?

According to what was reported by “Marlon Gaming Nation”, PlayStation 5 price and release date announcement should take place at 21:30 CEST, confirming the previous leak of Robert Serrano.

As previously anticipated by Roberto Serrano, today Sony could finally reveal not only the price of the new PlayStation 5, but also the release date and when it will be possible to pre-order it. To feed these assumptions, the Twitter user Marlon Gaming Nation took care of it, revealing the hypothetical time of the reveal.

We report below what was communicated in the tweet, which you can find comfort at the bottom of the article:

PS5 price, Release Date, and pre-orders should go live on Monday at 9:30pm .Lets see if this analyst is telling the truth. Save those pennies people Letz Go Champz!!

PS5 price, Release Date, and pre-orders should go live on Monday at 9:30pm .Lets see if this analyst is telling the truth. Save those pennies people Letz Go Champz!! @geronimo_73 pic.twitter.com/jlweRt7yII

At the moment we do not know for sure if the Japanese giant intends to reveal the price of the new console today, but according to Serrano’s previous statements, no “special” event would be foreseen for the occasion.

In addition, several rumors in recent weeks have suggested that Sony’s next-gen console could cost between $449 and $499. Prices “confirmed” by the page of Amazon.fr dedicated to PlayStation 5, then promptly removed.

Obviously, since these are simple rumors, we remind you to take this information with the appropriate precautions, given that at the moment the Japanese giant has not confirmed, nor denied these rumors.

We just have to wait to find out if the information released in the past few weeks was correct, or not.