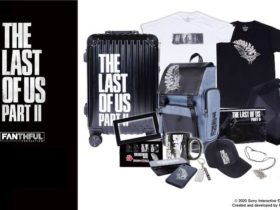 The Last of Us Part II Original Merchandise Available for Reservations

Competition among console manufacturers is increasing steadily. Both Microsoft and Sony are trying to release their new consoles by the end of this year. According to reports, a Danish-based shopping site has leaked the price and release date of PS5.

Some information about the new generation game consoles, such as price and release date, has not been released yet. CFO Hiroki Totoki explained that there are many factors related to the price of the PS5 model and its cost is not yet clear.

Despite the official price not announced, the PS5 price and release date can be clearly seen on the shopping website føtex in Denmark. PS5 price on the site was announced at 6,989 Danish Krone (approximately $1,030). Considering that the PS4 model was launched with a price of $399, the new model seems to be approximately 3 times more expensive.

Currently, the world is experiencing a sectoral and economic imbalance due to coronavirus, and the output of the PS5 may also be affected. Wishing to be minimally affected by the economic imbalance, Sony may increase the price of the PlayStation 5 or delay its launch.

However, the exit price is likely to be high due to problems that may occur in production due to the Coronavirus. In recent news, it was rumored that PS5 will have 11 TFLOPS GPU with 52 CUs at 1743MHz. In addition, AMD suggested that both Xbox Series X and PlayStation 5 will be powered by RDNA 2.