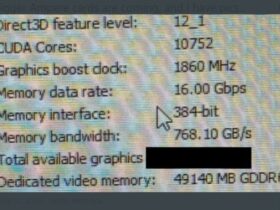 There has been a lot of talk about the breakdown between Hideo Kojima and Konami. Today, however, we report a very interesting one linked to the last project that should have involved the two parts: P.T./Silent Hills.

According to a report from the French Portal of Gameblog (via ResetEra), the real reason for Konami’s dismissal of Hideo Kojima was that the Japanese creative would have secretly spent part of the funds of Metal Gear Solid V to bring his P.T. project to life, which was intended to bring Silent Hill back to life.

Apparently Kojima was secretly working with Sony to found a company to publish P.T. on PlayStation Store, for which he used funds destined to the development of the fifth installment of Metal Gear Solid V: The Phantom Pain.

To the surprise of Konami employees and management, P.T. was featured at Gamescom 2014, leaving Konami with some difficult explanations of what had happened, as many rumors of a new Silent Hill were circulating back then.

This fact reinforced the tensions that already existed between Konami and Kojima, which caused the eccentric developer to go in search of his own adventure with Kojima Productions, a studio that has brought Death Stranding to life.

Of course, this new information validates more reasons than ever why Konami kicked Kojima. However, years have passed and rumors speak that the tensions have decreased between Konami and Kojima, so it is not ruled out that in the future Kojima will be able to continue working with Konami franchises if an agreement is reached.