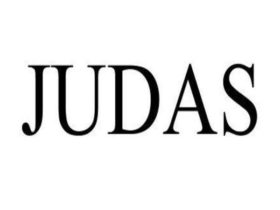 The Last of Us Part II continues to be in the talks after its worldwide release on June 19 this month. First, it was the review bombing of the title and now, an online petition has been launched asking Naughty Dog to change the game’s story.

You might be well aware that Change.org is a well-known “online activism” website for initiating petitions of various kinds. On this occasion, this was precisely the means chosen by players who disagreed with The Last of Us Part II to make their voices heard.

The petition, started by a user bearing the nickname “Joel Miller”, has already been signed by virtually more than 3,100 people and the number continues to increase over time.

The website of the petition welcomes us with the following text written by “Joel Miller”, remember that this is the name of the protagonist of the first game that was released in 2013. You should know that THE NEXT TEXT CONTAINS SPOILERS OF THE GAME, read it at your own risk:

The last of us part 2 delivered a great game play, graphics, and mechanics, but the story was extremely bad, they killed off our favorite character and forced us to use the character that killed off Joel and we were supposed to connect to abbey throughout half of the game, and the main character isn’t even ellie, we want ND to remake the game with the scenes they provided at every trailer with Joel and not model swap him from flashbacks, we need a remake for this game because this was a massive disrespect for every fan that waited 7 years for this sequel, and we need to get what we deserved and it was not this game.

These types of requests may accumulate thousands of signatures, but they will not have a major impact on developers. It is impossible to say that even Sony would consider re-making the game to please a group of fans and go against the director’s vision, whether right or wrong.

The Last of Us Part II is available now exclusively on PlayStation 4.