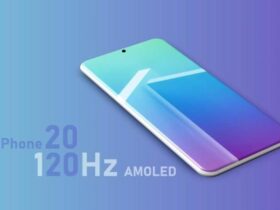 If you would believe it or not, Donald Trump, the President of the United States, has a Twitch account. While you don’t use it to stream games or chat with followers, it is an important communication tool. For this reason, it was striking that Twitch recently made the decision to suspend his account.

According to Rod Breslau, a journalist better known as Slasher, Twitch announced that it suspended the account of Donald Trump. It is worth mentioning that it is a temporary suspension and not a definitive banning. That said, it is unknown how long the measure will last.

Now, why did Twitch make the decision to suspend Donald Trump’s account? The company noted that it was discussed because of comments that the President of the United States made at an event that was broadcast on the platform.

“Hateful conduct is not allowed on Twitch. In line with our policies, President Trump’s channel has been issued a temporary suspension from Twitch for comments made on stream, and the offending content has been removed,” the company explained in a statement.

In case you don’t know, Donald Trump’s Twitch account is not new. In fact, it opened in October of last year and in a short time managed to get more than 70,000 followers.

As we mentioned before, Donald Trump does not use this account to stream video game games from the oval office or anything like that. In fact, its content has nothing to do with video games, but is pure politics.

What happened is that the Trump team uses Twitch to make live broadcasts of the president’s political rallies, so something might have been posted wrong. Recall that at the end of this year there will be presidential elections in the United States and Trump is seeking reelection.

What do you think about this news? Tell us in the comments below.