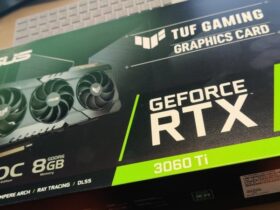 The Chinese company Galax was the first manufacturer of graphics cards to announce the modification of the GeForce GTX 1650 based on the 12-nm core Nvidia TU106. This GPU, we recall, was previously used in the graphics accelerators GeForce RTX 2060, RTX 2060 Super, and RTX 2070. The new video card is called the GeForce GTX 1650 Ultra.

Now there is again a variant of the GTX 1650, which is based on another graphics chip, namely the TU106, which is already known from the GeForce RTX 2060 and the RTX 2070. This procedure is not unusual – Nvidia could simply break down an excess of TU106 GPUs in this way.

According to a report by a Twitter user, the built-in TU106-125 GPU has almost 60 percent fewer cores than usual, so as expected, the performance will be far behind that of a GeForce RTX 2070. The TDP of this new variant with 90 watts is about 15 watts above the regular TU117 card, but 10 watts below the TU116 super graphics card.

There are no other differences in the data sheet compared to the regular GeForce GTX 1650. However, this does not necessarily mean that the performance is not better in the end: The GeForce RTX 2060 KO, which is based on the TU104 GPU of the GeForce RTX 2080, was able to surpass the standard variant.

It is said that the latest variant of the Nvidia GeForce GTX 1650 Ultra is based on the graphics chip of the GeForce RTX 2070. The Galax GTX 1650 Ultra could, therefore, offer significantly better performance than its direct competitors, but the GPU has been greatly reduced compared to the more expensive graphics cards from Nvidia.

As for the rest, the video card is based on a printed circuit board with a four-phase power subsystem and is equipped with a simple cooling system, apparently, even without heat pipes.

The manufacturer has not revealed anything about the price of this new graphics card.