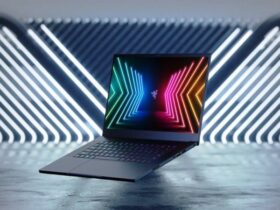 MSI has registered with the ECC (Eurasian Economic Commission) a good list of NVIDIA models that will reach the market later, a list that has surprised to include several models of NVIDIA GeForce RTX 3080 with 20GB VRAM, which were initially supposed to be canceled.

We know that NVIDIA is working on the GeForce RTX 3080 Ti with 20GB VRAM for a January release and that it was previously working on a 20GB model of the RTX 3080 that would have been canceled, so it is very surprising that MSI is registering models with this configuration in the ECC, which has raised speculation about whether it is an automatic registration sent previously or if the models with 20GB memory have not really been canceled and are preparing to be launched also in January with the rest of the graphics cards.

The list also includes several versions of the RTX 3060 Ti including the Gaming X, Gaming, Ventus 3X, Ventus 2X and Twin fan ranges (the most economical model), what is surprising is the fact that 6GB models are talked about when the models that we’ve seen so far are 8GB, which suggests that perhaps MSI made a mistake registering those models.

There are also models that do not specify the memory size, which suggests that there could be models with a greater amount of memory, as has been rumored in recent months with models that would reach up to 16 GB memory in the RTX 3070, which also could apply to RTX 3060 Ti.

The RTX 3080 with 10GB VRAM adds the SUPRIM Z, SEA HAWK and AERO model, which also happens in the case of RTX 3090, so it seems that NVIDIA is preparing its new models with liquid cooling and an even compact SUPRIM model of frequencies.

In recent news, the 3DMark benchmarks of NVIDIA GeForce RTX 3060 Ti was leaked confirming that it is 10% slower than RTX 3070 for around $399. On the other hand, ASRock announced the Radeon RX 6900 XT reference model graphics card. 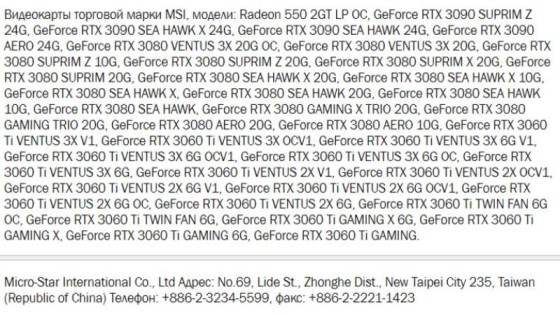