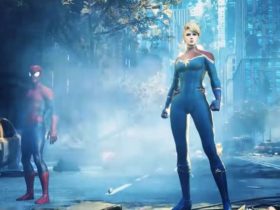 According to reports, two new benchmarks of the Nvidia GeForce RTX 3060 Ti have been leaked.

In recent days, there has been more and more talk about the arrival of the new Nvidia GeForce RTX 3060 Ti, and today, we have other leaked benchmarks, this time in 3DMark and Geekbench. In the first, it shows only about 10% slower performance compared to the RTX 3070.

Instead, a 256-bit bus for 8 GB of GDDR6 memory and a speed of 14 Gbps should remain. But what do the tests show? The leaked benchmark shows a performance table in the 3DMark Fire Strike and Time Spy benchmark.

In addition to the recently released benchmarks from Nvidia and Ashes of the Singularity in cryptocurrency mining, we have other information on the card. The well-known TUP_APISAK on his Twitter published his findings. He found records of Asus cards on Geekbench 4, where there was a pair of RTX 3060 Ti with an output of over 326720 scores in the OpenCL Score.