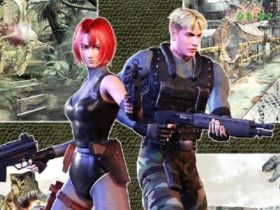 Square Enix has just showcased the official screenshots of Nier: Replicant ver.1.22474487139, a remastered version of the upcoming chapter of 2010 that will release on PC, PlayStation 4 and Xbox One.

Toylogic and Platinum Games have published NieR Replicant ver.1.22474487139 first screenshots, that you can check below. Previously, similar pictures were shown in the Japanese magazine Famitsu.

As you can see in the images above, the new and reminiscent pictures allow you to get a clear idea of ​​the various settings that will be used in the remastered title. In a recent interview, Yoko Taro said that for the development team, NieR: Replicant represents much more than just a remaster, with the gameplay that will be reworked from the original to satisfy fans of the latest NieR: Automata.

The remastered version of NieR: Replicant is currently in development thanks to the help of some PlatinumGames staff members (including Takahisa Taura, who has confirmed in many circumstances to be a big fan) with the development team aiming to offer a game experience that seems especially new and much more refined.

In addition, it was added that the voice actors of 2B and 9S from NieR: Automata were involved in the project, so direct links between all the chapters of the series cannot be excluded. Finally, NieR: Replicant may present one or more new alternative endings, but this point is currently in doubt and no official information has been shared on the matter.