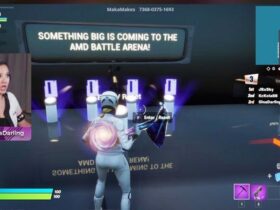 Recent months have been difficult for production in multiple industries due to the rapid spread of coronavirus in multiple areas of Asia. Nintendo has been one of the companies affected and the availability of its hybrid platform, Nintendo Switch, has fallen as a result. The company has had to publicly apologize for the shortage and delays in some products, promising to take action and thanking fans for understanding.

However, it seems that this story is far from over. A report from Bloomberg predicts that by April 2020, Nintendo Switch will suffer a shortage phenomenon due to the decline in production by the coronavirus. The report indicates that neither in the remainder of February nor in March will the effect be noticeable until we reach April; not only because of what happens in China but also in Vietnam, where many products are made that arrive in the United States.

Despite advances in the study of the disease, Nintendo Switch is currently sold out in the My Nintendo Store in Japan. Bloomberg adds that a Nintendo representative confirmed that “We do not see any major impact on the shipment to the U.S. currently, but we will remain vigilant and take steps if necessary. It’s possible the supply would be affected by the virus if it becomes more widespread and prolonged.”

In recent news, Nintendo confirmed that coronavirus will not affect Switch sales in the US and Europe. On the other hand, the outbreak of coronavirus could delay PS5 & Xbox Series X launches.

What do you think about this issue? Tell us in the comments below.