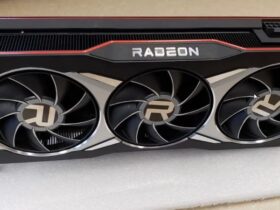 Good news for Nintendo Switch Online Japanese subscribers, as it has been shared that they can play Dead Cells for free from February 24 at 12:00 p.m. JST until March 1 at 6 p.m. JST.

On the other hand, it has also been shared that the base game of Dead Cells will be on sale from February 24 to March 8 with a 30% discount (¥2,580 to ¥1,736). It should be noted that saved data can be transferred to the entire game.

At the moment it is unknown if this promotion will also be available to Nintendo Switch Online subscribers in the West. Finally, we remind you that it is not the first time that a promotion of this type has been launched since in July of last year it was announced that Captain Toad: Treasure Tracker would be available for free for Nintendo Switch Online members from 5 to 11 of August in Japan, although nothing was said about the West.

Later, in August of last year, it was announced that Mario Tennis Aces would be available for free for Nintendo Switch Online members from August 7 to 13 thanks to the sample games program.

You can watch the trailer that confirms the announcement below: