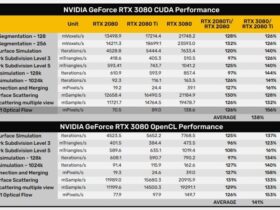 A new free update for Nioh 2 in version 1.09 including photo mode was released today. In addition, the creators of the game have highlighted its sales figure and gave the first details of the big summer DLC.

The developers of Team Ninja and publisher Koei Tecmo have announced that new downloadable content for Nioh 2 will be released soon. In addition, it was announced that the title has been sold 1 million times now.

Additionally, the milestone is celebrated with Update 1.09, which includes new missions, a photo mode, a new guardian spirit, and other content. According to reports, the new photo mode offers complex camera settings such as image exposure, gradation, lighting & tint adjustments as well as a number of dramatic filters.

Regarding the new chapter, the official PlayStation Blog mentions the following:

A great battle has taken place at Yashima in the late Heian period. As a visitor in Yashima, our protagonist finds a shrine possessing a mysterious whistle called the Sohayamaru. Upon inspection, the whistle shines radiantly as the shadow of Yokai can be seen lurking in the background. It is revealed that whenever wars take place, heroes wielding the Sohayamaru will head into battle in order to restore peace back into this land.

There will be more details given on “The Tengu’s Disciple”, the first DLC pack, in the coming weeks. Other DLCs of this type are also in the pipeline. All in all, the makers promise “a total of 3 sizable & badass DLC batches.”

The DLC content will include new storylines, new yokai, new bosses, protective spirits, new skills, armor, and a new weapon that influences the skills beyond the standard attitudes. Additionally, you can expect more endgame content and new levels of difficulty.

Nioh 2 is available exclusively on PS4.