Noctua has launched a new 12cm dual tower CPU cooler – the NH-D12L. This new model supports Intel Core processors from the tenth to thirteenth generations. It has a 145mm height (13mm lower than Noctua’s regular 120mm models) and is compatible with tall RAM modules. Another benefit is the NH-D12L Focused Flow(tm) fan, which features automatic speed control.

The Noctua NH-D12L CPU cooler is a low-height 120mm dual-tower CPU cooler, suitable for small form factor cases and HTPCs. It features a dual PWM fan configuration for maximum performance. It can also be configured as extra-low-profile by removing the top fan. It comes with award-winning NT-H1 thermal compound and a SecuFirm2 multi-socket mounting system. 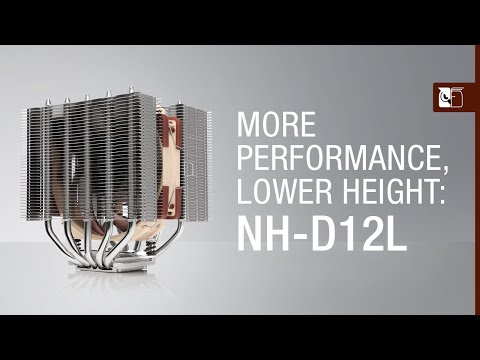 The Noctua NH-D12L is compatible with AMD’s upcoming AM5 platform and Intel’s latest LGA1700/LGA1200/LGA115x based motherboards. Moreover, all the current Noctua CPU cooler models will work with AMD’s upcoming LGA 1718/AM5 processors, except for the low-profile designs.

Noctua NH-D12L CPU cooler has been updated with the LGA1700 socket, but this socket has not been officially aangekondigd. You can read more about the new socket on the Intel website. The LGA1700 socket is smaller than the current sockets, but the new LGA-1700 processor will be compatible with more chipsets.

Both new products are available as of today via Noctua’s official Amazon stores: