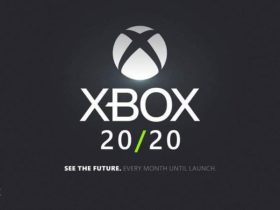 The stock of the Nvidia RTX 30 graphics cards is still very scarce since they were launched last year in September.

The situation would be more serious than it is thought and, sources from Harukaze and I_Leak_VN, say that the partners of the board of directors of NVIDIA did not receive more high-end units of the RTX 30 series during the month of January 2021. This situation would be affecting the Asia-Pacific region, but not so much in the region of Europe and the United States.

Many of the retailers in Europe and the United States only had one or two units of the RTX 3080 during December, which are now selling these graphics cards at double the reference price.

Regarding the Founders Edition models, buyers seem to have not received the graphics cards they bought in January. A new batch of graphics cards is expected this month to mark the Chinese New Year.

While the stock of the high-end RTX 3080 and RTX 3090 will continue to have problems until the third quarter of this year, the RTX 3070 and RTX 3060 Ti graphics cards are expected to have better future stock within the mid-range. The belief is that we will continue to be in this situation of scarcity until the months of April or May.

For the Radeon RX 6000 ‘RDNA 2’ graphics cards, the situation seems similar and this situation is understood because both manufacturers depend on TSMC for the manufacture of their graphics chips. Faced with this situation, Nvidia turned to Samsung’s services, while AMD is thinking of using the same services. We will keep you informed, so stay tuned to get more information on our website TechPlusGame.com.