The official launch of the Nvidia RTX 3060 will take place on February 25 and the graphics card is already beginning to appear in retail stores, with prices of up to $850 or 700 EUR depending on the model.

Nvidia’s intention was for the first batch of RTX 3060 graphics cards to be sold at a price similar to the MSRP, which is about 329 euros. However, there are some retailers who are accepting pre-sales and then canceling pre-orders to force customers to reorder the same card at a higher price.

Nvidia is aware of the problem, but there isn’t much the company can do to prevent it, other than limit the number of graphics cards shipped to certain distributors and retailers.

Another retailer is PCDIGA, which is selling the Zotac Gaming RTX 3060 Twin Edge for 699 EUR, although there are other models that are worth about 490 EUR. Possibly, this is going to be the average price in all stores in Europe, a price between 499 and 699 EUR, a value too high for a mid-range graphics card.

These prices should also bring down the RTX 2070 (Turing), before more units stop arriving in retail stores. February 25 is the date set for the launch of the RTX 3060, which will not have a reference model like its older brothers. 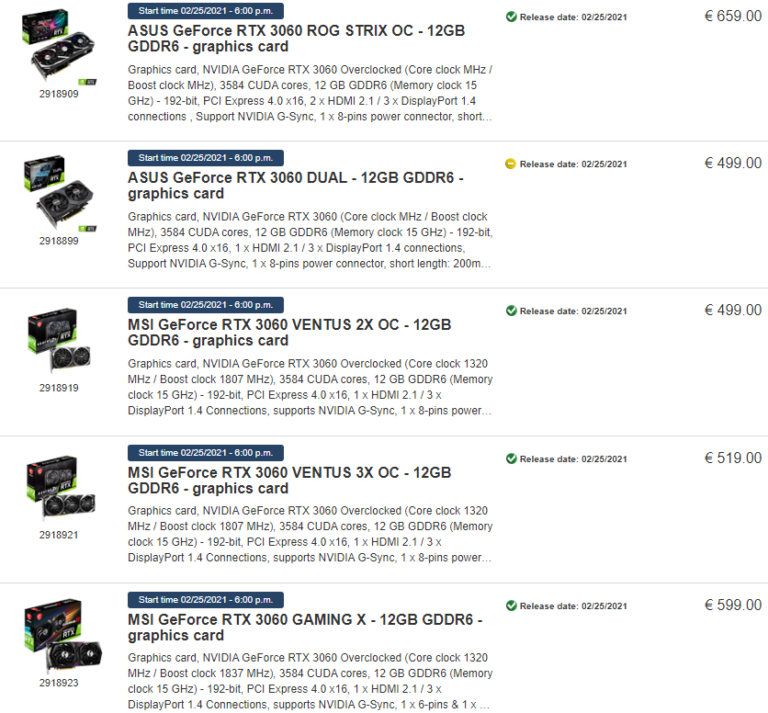