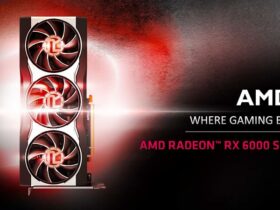 There is no doubt that new generations of graphics cards will be announced soon and this arouses a strong expectation of information, therefore logically the existence of many rumors. New rumors about future RTX cards from Nvidia are present on the web. For the moment, they concern very high-end cards from the RTX 3080 to a potential RTX Titan Ampere.

There are some insiders who agree on three future Nvidia cards, based on the Ampere architecture, the RTX Titan Ampere, RTX 3090 or 3080 Ti and RTX 3080. This is a very different vision from previous rumors, since previously it was imagined that the RTX 3090 would be the new Titan. All three cards would be based on the same GPU, the GA102 (which was no longer the case since the Kepler architecture) and would also share the same memory standard, GDDR6X.

There are many contradictions in the reports so far on the upcoming NVIDIA Ampere RTX 3000 graphics cards, but most websites and insiders agree on one thing: the premiere is just around the corner. We have heard more information about the discontinuation of selected GeForce RTX 2000 cards, which will soon be replaced by a more efficient series based on the new architecture.