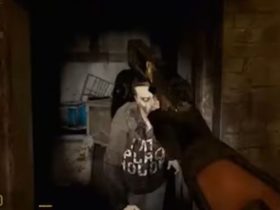 It will take several months for PlayStation 5 to reach the main stores around the world. It is not strange to have seen some leaked information on the console since the PS4 has already spent seven years in the market.

While users are waiting for Sony to announce the official presentation date of the new PlayStation 5, a new leak has emerged showing the possible User Interface that will be seen in the new console.

A few days ago, we saw a similar image, but the user showed the image of the PS5 prototype development kit that the developers are working with. That image revealed an important detail: the SSD of 1TB.

Now, a new photo published by an anonymous SlashLeaks website user shows what the final version of a PlayStation 5 User Interface would look like. You can check the image at the top of this article.

Apparently, this image would be the home screen of the PS5. After all, a few days ago someone took the trouble to create a fake boot-screen of the new console, so we should also take this news with a pinch of salt.

Like any new product, it is very likely that the user interface is almost similar to that of the PS4, since Sony would maintain the essence of the PlayStation. Because of this, it only remains to wait for Sony to announce the official features of the new console.

In recent news, it was rumored that PS5 at the beginning of its development year performed better than Xbox Series X. On the other hand, the next-gen console of Sony could use Samsung NVMe SSD 980 QVO. Regarding the SSD drive, the rumor has now emerged that the one that will come with the PS5 will guarantee speeds of 6GB/second. The goal is to minimize game loading times, offering the best user experience.