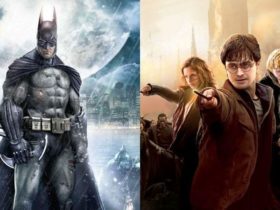 Generally, consoles have a life cycle of seven years. PlayStation 4 and Xbox One, that arrived on the market at the end of 2013, will be replaced by PlayStation 5 and Xbox Series X respectively at the end of 2020, just to mention the most recent examples. Nintendo Switch, which debuted in March 2017, is instead in the middle of its life cycle.

This was declared by President Shuntaro Furukawa, during the Question and Answer session with Nintendo investors. The executive explained that he now considers Switch is in its fourth year of life (which will actually start only in March) and, consequently, in the middle of its cycle.

“We believe that the Nintendo Switch business is now in its fourth year and is just in the middle of its life cycle. Rather than just the next year, I think about things in terms of what to do the following year and the year after that,” Furukawa said.

It is also worth to mention that, in recent days, the President had reiterated that there will be no Switch Pro in the course of 2020 – which could prune the enhanced console. For comparison, Nintendo 3DS had something in less than four years, when it saw the arrival of New Nintendo 3DS (the console debuted in March 2011 in Japan, the enhanced edition arrived in October 2014). PlayStation 4, which arrived in November 2013, has instead seen the arrival of the enhanced PS4 Pro on its third birthday, in November 2016.

If the fourth year of Switch is considered to be half of its life cycle, it goes without saying that Nintendo sees a future in about eight years for its platform. We will see if it will actually be like this and when we will see the debut of the enhanced variant of the console to give further prestige to the market of the Big N.