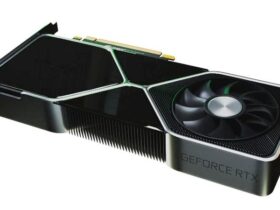 There have been rumors for some time that point to the development of a Nintendo Switch Pro model, which would essentially present a hardware upgrade to give more power to the console. However, this piece of hardware has not come true, at least not as far as it is known and the Japanese company chose to launch the Lite model, more austere and focused on the portability. Well, there is already some rumor about the Switch Pro model and it is a fact that this year we will not see it either.

The financial report presented recently by Nintendo, which confirmed the impressive success of Nintendo Switch in the market with 52 million units sold, also served as the ideal time to end the rumors, speculation and prognosis around the Switch Pro model of the hybrid console. In that sense, the company only said in its statement that there are “no plans” to launch a new Switch model in 2020 as they will focus on the great performance of the standard model and the Lite model.

The confirmation of Nintendo has ended, at least for this year, with all information that indicated the imminent arrival of a Switch Pro in response to the launch of the new consoles of Sony and Microsoft, however, it is evident that with the pace of sales that the Switch has, both in its standard version and in its Lite edition, and the success that it enjoys in the most important markets, the last thing Nintendo thinks is in bringing out new hardware at the moment.

Regarding the rumors of a Switch Pro, a few days ago information emerged that ensured that Nintendo was working with Nvidia to improve the console hardware through a customized model of the TegraX1+ processor. Also, this supposed improvement of hardware would not be focused on 4K, but on achieving the stability of 60 frames per second at 1080p.